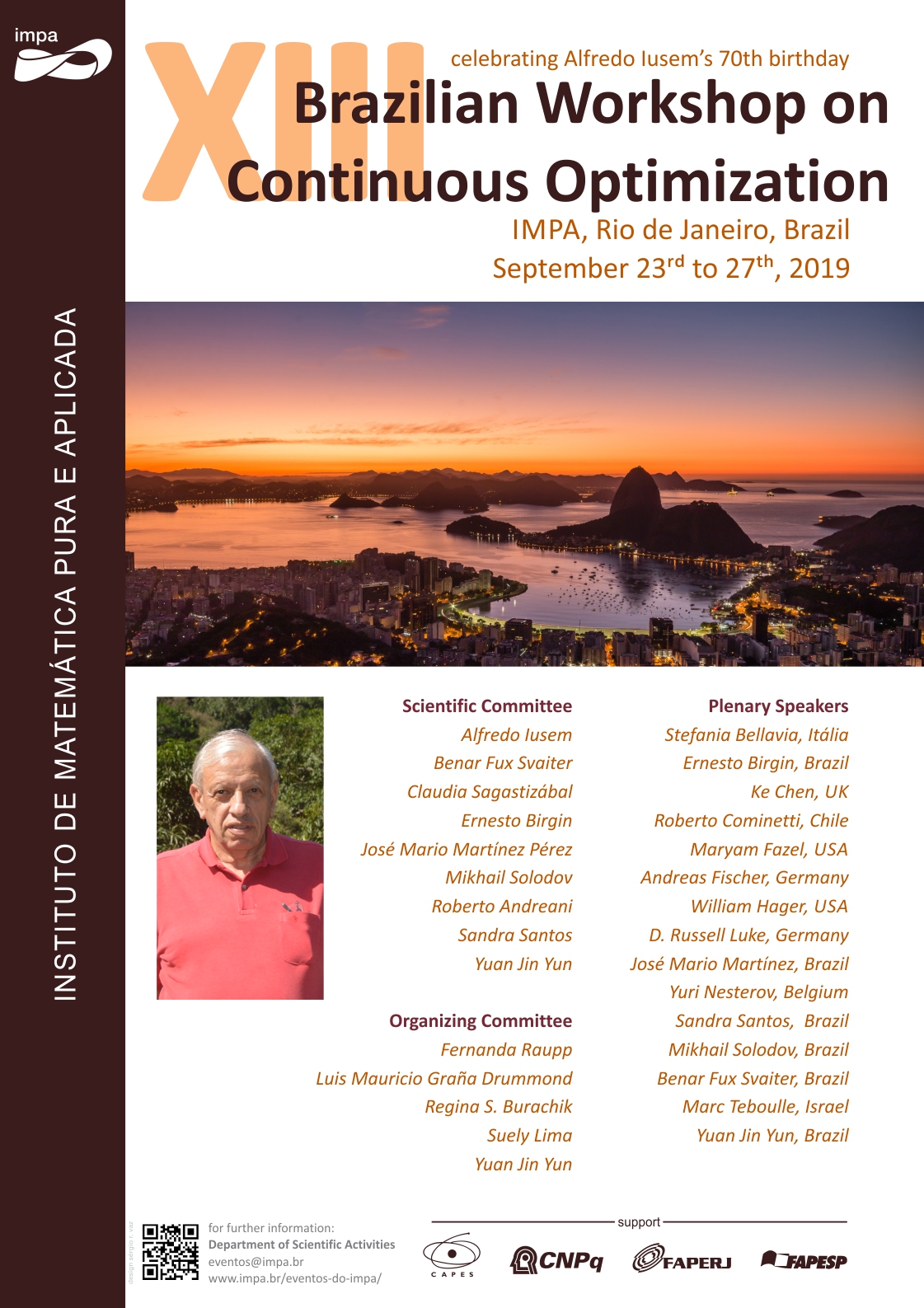 The backbone of the workshop will consist of plenary lectures, offered by invited speakers, of 45 minutes each. There will be also a limited number of contributed talks, of 25 minutes each. Those interested in contributing a talk should send an abstract, by electronic mail, to the addresses below, no later than May 31, 2019. Acceptation of the contributed talks will be informed no later than June 30, 2019.