Dimensionality has large implications for conductivity 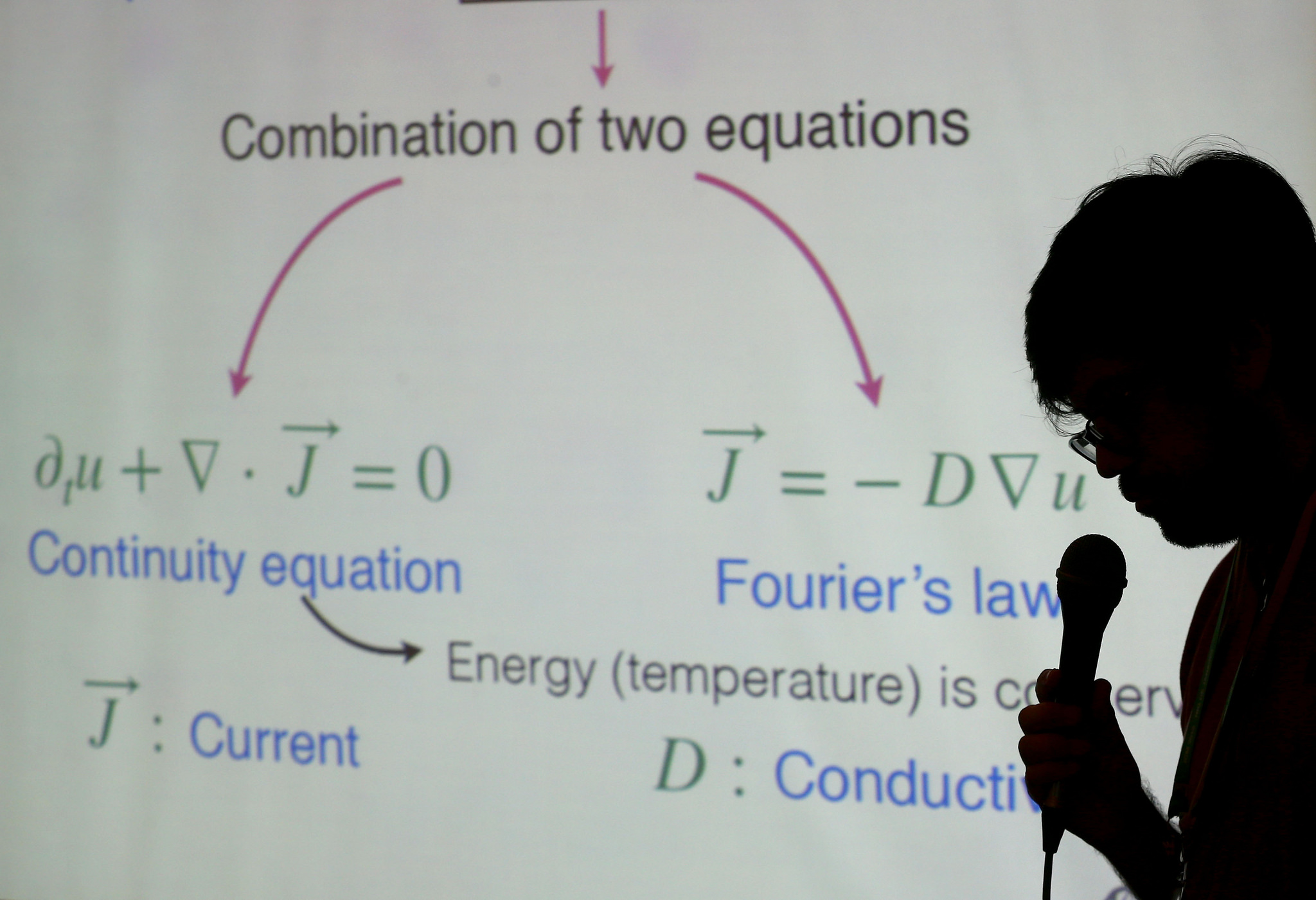 Heat transfer is extremely important for safe handling of components of a system and the IMPA base researcher explores how dimensionality of a system effects conductivity, using Fourier’s law, which predicts the transfer for 2d and 3d structures. When assessing  heat transfer in 1d, Jara presents the example of carbon nanotubules and uses momentum as a proxy variable for energy transfer. “Carbon nanotubules are an exceptional target model for assessing 1d heat transfer,” said Jara.

How math and patterns can help us understand brains

“I’m more famous now than I would be”, jokes Birkar

Carbon nanotubules are extremely important to industry applications and energy storage. There is speculation that carbon nano tubules may be useful for increasing lithium battery capacity by ten-fold. Carbon nanotubules also have purposes in healthcare as they are used to measure levels of nitric oxide and detect cancerous cells. While Jara’s current work is theoretical, with future practical studies it may have implications for safe usage in these settings one day.