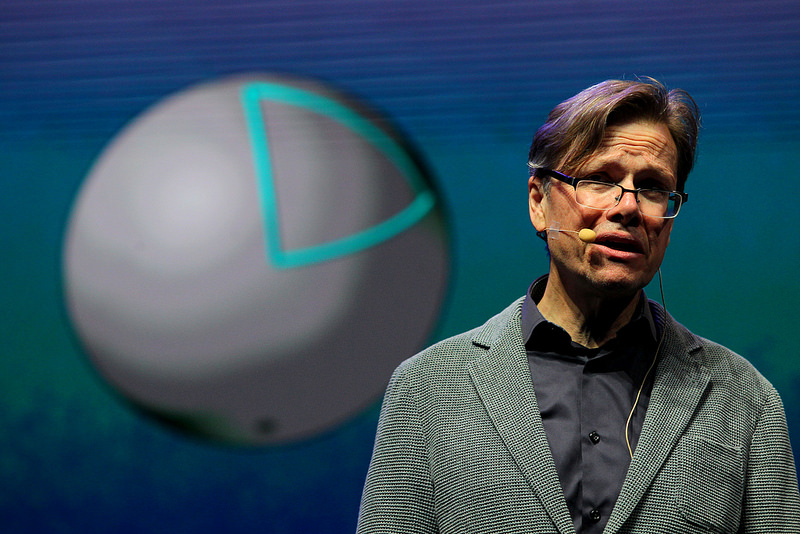 Stanford professor David Donoho told a plenary session at ICM 2018 how his father died from prostrate cancer that was not properly diagnosed. Donoho was awarded the Gauss Prize at the international math congress, for his contribution to compressed sensors. His research revolutionized MRI scanning, and three of the biggest global companies (GE, Siemens and Philips) now use technologies based on his findings.

Through the application of his 2006 findings, MRI scans can now be effectively carried out in a fraction of the time they had previously taken. Precision MRI scans that once took 6 minutes can now be carried out in 25 seconds. This is particularly significant considering elderly patients with respiratory issues who may have difficulty holding their breath during scans, and children, who have a tendency to fidget, and are often unable to stay still for long.

Donoho doesn’t take all of the praise. “I want to acknowledge the many contributions from people besides myself in everything I’m talking about. Mathematics is something that can inspire, and it’s something that can help people think clearly, but the real work is done by the engineers, by the doctors, and I’m just in awe of all of the contributions that they have made.” 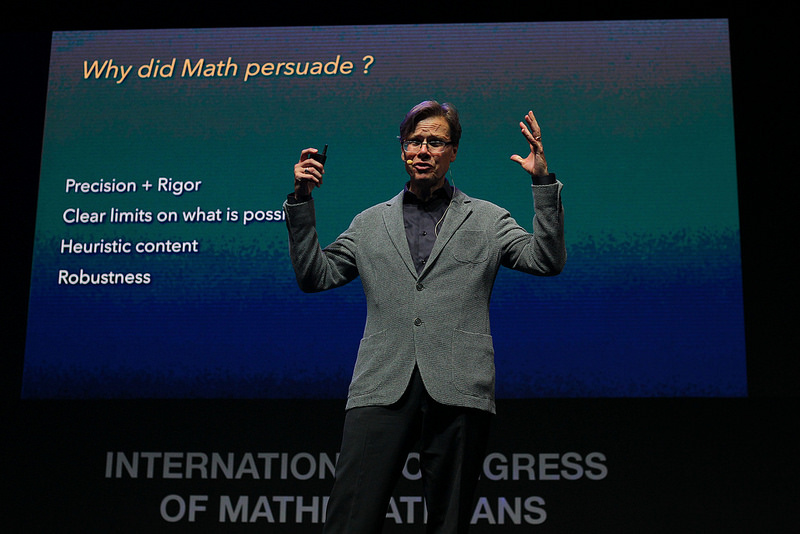 He said that aside from the human toll of medical advances using applied math, there is also the financial toll. Citing the example of a 53 African American hospital patient, Donoho said man’s cancer was missed by repetitive biopsies over a six-month period (10 biopsies in total). By the time the cancer was detected, the man required a treatment that would cost USD$600,000. Had he been offered a precision MRI at a cost of approximately USD$1,000, he could had been offered six months of treatment at a cost of around USD$50,000.

Maria Estaban, of Ceremade Paris-Dauphine, closed the session with a personal reflection. “I’ve been several times in an MRI machine and it was really like torture in there for a long time, not breathing. This talk made me very excited, made me hopeful because next time I have to go into the machine, it will be quicker and much nicer, so thank you very much for this wonderful work.”

Donoho’s future research interests lie in issues related to deep learning, which he says is taking the the world of AI by storm.   “As a mathematical idea, it’s very poorly understood at the moment but there are fundamental mathematical questions around the edges of that that become very important.  I would like to understand the question of separating two classes in high dimensions, which is at the heart of what deep learning is trying to do.”