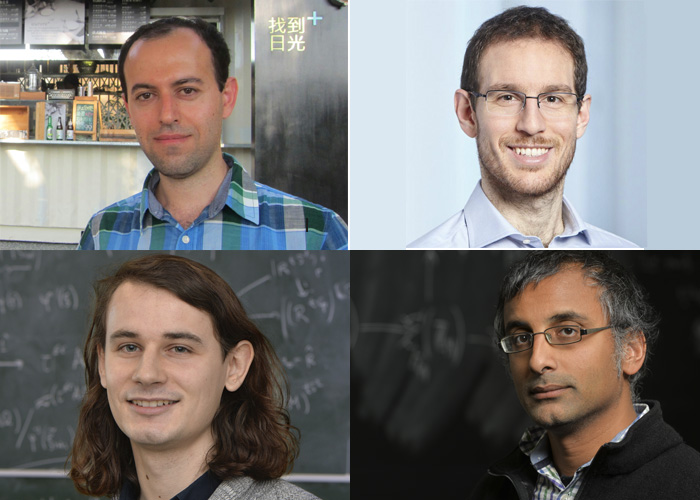 Four notable and promising researchers from four different countries – Germany, India, Iran, and Italy – are the winners of the most important international award in mathematics, the Fields Medal. Delivered for the first time in 1936, the medal is recognition for works of excellence and an incentive for new outstanding achievements.

Awarded every four years at the world’s largest mathematics event – the International Congress of Mathematicians (ICM) – the medal will be given this year to Peter Scholze, Akshay Venkatesh, Caucher Birkar, and Alessi Fegalli at ICM’s opening ceremony on August 1st, at Riocentro.

Founded by the Canadian mathematician John Charles Fields to celebrate outstanding achievements, the Fields Medal has already been awarded to 56 scholars of the most diverse nationalities, among them, Brazilian Fields laureate Artur Avila, an extraordinary researcher from IMPA, awarded in 2014 in South Korea. Due to its importance and prestige, the medal is often likened to a Nobel Prize of Mathematics.

The winners of the Fields medal are selected by a group of renowned specialists nominated by the Executive Committee of the International Mathematical Union (IMU), which organize the ICMs. Every four years, between two and four researchers under the age of 40 are chosen. Since 2006, a cash prize of 15 thousand Canadian dollars accompanies the medal.

Meet the winners of the Fields Medal 2018:

Conquering the greatest honor among the world’s mathematicians before the age of 40 is a notable accomplishment, although the life of Akshay Venkatesh is already marked with precocious feats. Born in New Delhi, India in 1981, and raised in Australia, at age 12 he became a medalist at the International Mathematical Olympiad. From there, he dived into world of mathematics, starting a promising career. When he began his bachelor’s degree in Mathematics and Physics at the University of Western Australia, he was a 13-year-old boy.

At 20, Venkatesh finished his PhD at Princeton University and soon became an instructor at C.L.E. Moore, at the Massachusetts Institute of Technology (MIT), a prestigious position offered to recent graduates in the area of ​​Pure Mathematics, previously occupied by prominent figures such as the American John Nash (1928-1915). Upon leaving in 2004, he became a Clay Research Fellow and was appointed associate professor at the Courant Institute of Mathematical Sciences at New York University.

He became a professor at Stanford University at the age of 27, and as of this year is a faculty member at the Institute for Advanced Study (IAS).

Venkatesh has his feet in Number Theory – an area that deals with abstract issues and had no known application until the arrival of cryptography in the late 1970s – but roves with ease through related topics, such as Theory of Representation, Ergodic Theory, and Automorphic Forms. Armed with a meticulous, investigative and creative approach to research, detecting impressive connections between diverse areas, his contributions have been fundamental to several fields of research in Mathematics. It is no wonder that his work has been recognized by several distinguished awards such as Ostrowisk (2017), Infosys (2016), SASTRA Ramanujan (2008) and Salem (2007).

Previously a guest speaker at the 2010 ICM, Venkatesh has been invited back to speak in Rio this August.

Born in Naples, Italy on April 2, 1984, Alessio Figalli belatedly discovered an interest in science. Until high school, his only concern was playing football. The training for the International Mathematical Olympiad (IMO) awakened his interest in the subject and, upon joining the Scuola Normale Superiore di Pisa, chose Mathematics.

Figalli completed his PhD in 2007 at the École Normale Supérieure de Lyon in France, with the guidance of Fields Medal laureate Cédric Villani. He has worked at the French National Center for Scientific Research, École Polytechnique, the University of Texas in the USA and ETH Zürich in Switzerland. A specialist in calculating variations and partial differential equations, he was invited to speak at the 2014 ICM in Seoul. He has won several awards, including: Peccot-Vimont (2011), EMS (2012), Cours Peccot (2012), Stampacchia Medal (2015) and Feltrinelli (2017).

Caucher Birkar’s dedication to the winding and multidimensional world of algebraic geometry, with its ellipses, lemniscates, Cassini ovals, among so many other forms defined by equations, granted him the Philip Leverhulme prize in 2010 for exceptional scholars whose greatest achievement is yet to come. Given the substantial contributions of Birkar to the field, that prize was a prophecy: after eight years, the Cambridge University researcher joins the select group of Fields Medal winners at the age of 40.

Birkar, who just this year received recognition for his work as one of the London Mathematical Society Prize winners, was born in 1978 in Marivan, a Kurdish province in Iran bordering Iraq with about 200,000 inhabitants. His curiosity was awakened by algebraic geometry, the same interest that, in that same region, centuries earlier, had attracted the attention of Omar Khayyam (1048-1131) and Sharaf al-Din al-Tusi (1135-1213).

After graduating in Mathematics from Tehran University, Birkar went to live in the United Kingdom, where he became a British citizen. In 2004, he completed his PhD at the University of Nottingham with the thesis “Topics in modern algebraic geometry”. Throughout his trajectory, birational geometry has stood out as his main area of interest. He has devoted himself to the fundamental aspects of key problems in modern mathematics – such as minimal models, Fano varieties, and singularities. His theories have solved long-standing conjectures.

In 2010, the year in which he was awarded by the Foundation Sciences Mathématiques de Paris, Birkar wrote, alongside Paolo Cascini (Imperial College London), Christopher Hacon (University of Utah) and James McKernan (University of California, San Diego), an article called “Existence of minimal models for varieties of general log type” that revolutionized the field. The article earned the quartet the AMS Moore Prize in 2016.

Peter Scholze was born in Dresden, Germany on December 11, 1987. Only 30 years old, he is already considered by the scientific community as one of the most influential mathematicians in the world.

In 2012, at age 24, he became a full professor at the University of Bonn, Germany. Scholze impresses his colleagues with the intellectual ability he has shown since was a teenager, when he won four medals – three gold and one silver – at the International Mathematical Olympiad (IMO).

The mathematician completed his university graduate and masters in record time – five semesters – and gained notoriety at the age of 22, when he simplified a complex mathematical proof of numbers theory from 288 to 37 pages.

A specialist in arithmetic algebraic geometry, he stands out for his ability to understand the nature of mathematical phenomena and to simplify them during presentations.

At age 16, still a student at the Heinrich-Hertz-Gymnasium – a school with a strong scientific focus – Scholze decided to study Andrew Wiles’ solution to Fermat’s Last Theorem. Faced with the complexity of the result, he realized that he was on the right track in choosing Mathematics as a profession.

He was a guest speaker at ICM 2014 in Seoul, South Korea, and will be a plenary member this year at the Rio de Janeiro Congress. 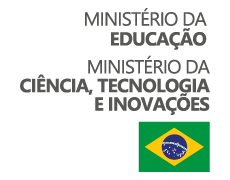