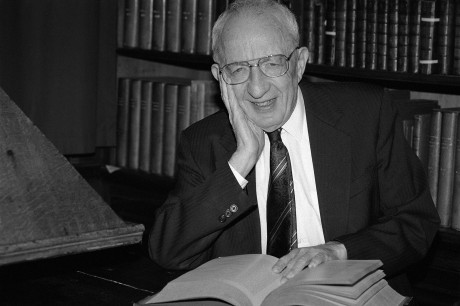 British mathematician and Fields Medalist Alan Baker died on Sunday (4), at age 78. He suffered a stroke. One of the most eminent theorists of world numbers, he was emeritus professor of Pure Mathematics at Trinity College, Cambridge.

Baker graduated with honors in Mathematics at University College London in 1961 and completed his postgraduate degree at Trinity College in 1965 under the guidance of mathematician Harold Davenport. Before even defending his doctoral dissertation (Some Aspects of Diophantine Approximation), his work gained prominence after the publication of eight articles on the subject. In the same year, he became a member of Trinity College.

How the SBM contributed to the development of mathematics

The mathematician was a researcher at Cambridge from 1964 to 1968, becoming director of Mathematics Studies (1968-1974), until becoming a professor of Pure Mathematics (1974-2006). He was professor emeritus of the institution ever since.

Baker received the Fields Medal at the International Congress of Mathematicians in 1970, in Nice, France. He was awarded for his work in Number Theory, especially in the areas of transcendence and geometry of Diophantine. The work developed by the British mathematician is related to Hilbert’s seventh problem, which deals with Gelfond-Schneider’s theorem.

From his professional trajectory there are expressive passages as a researcher-visitor in renowned institutions, such as the universities of Princeton (1970), Stanford (1974), Hong Kong (1988), ETH Zurich (1989) and MSRI Berkeley (1993).

In addition to Mathematics, Baker enjoyed travel, photography, and theater. For the British mathematician and also Fields Medal Timothy Gowers, the results of his colleague’s findings can be considered “a landmark of 20th-century mathematics.”

Read more: Brazil among the elite of mathematical research

Brief history of Mathematics in Brazil