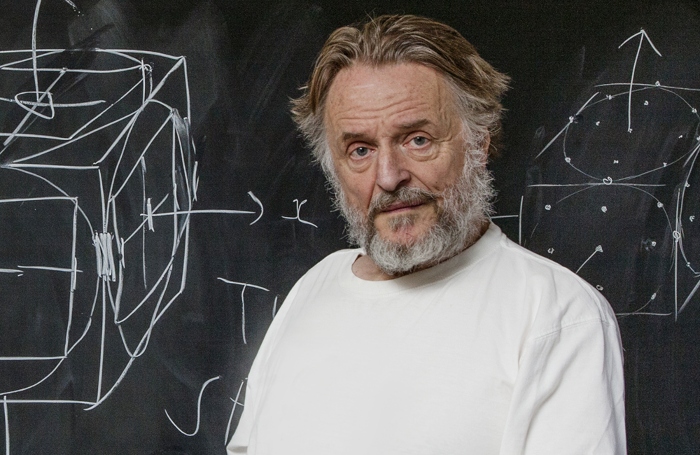 John Conway‘s parents were Agnes Boyce and Cyril Horton Conway. John had two older sisters, Sylvia and Joan. Cyril Conway was a chemistry laboratory assistant. John became interested in mathematics at a very early age and his mother Agnes recalled that he could recite the powers of two when aged four years. John’s young years were difficult for he grew up in Britain at a time of wartime shortages. At primary school John was outstanding and he topped almost every class.

Despite not having any clear idea of what mathematics was when he was at primary school, John Conway must have had it firmly fixed in his mind that he would become a mathematician. When he went to be interviewed at age eleven before entering secondary school he was asked what he wanted to be when he grew up and he replied that he wanted to be a mathematician at Cambridge. He excelled at secondary school, not in all his subjects but certainly his performance in mathematics was by far the best of any of the pupils. Mathematics was not the only subject which interested him, however, for he also had spells of deep interest in astronomy and at other times in fossils. The interest in astronomy has remained with him and he lists it as one of his interests today.

After leaving seconday school, Conway entered Gonville and Caius College Cambridge to study mathematics. He was awarded his BA in 1959 and began to undertake research in number theory supervised by Harold Davenport. Having solved the open problem posed by Davenport on writing numbers as the sums of fifth powers, Conway began to become interested in infinite ordinals. It appears that his interest in games began during his years studying at Cambridge, where he became an avid backgammon player spending hours playing the game in the common room. He was awarded his doctorate in 1964 and was appointed as Lecturer in Pure Mathematics at the University of Cambridge. He had achieved the ambition which he had as an eleven year old.

Also in 1964 Conway was elected to a fellowship at Sidney Sussex College, Cambridge. At this stage he was working on mathematical logic but things were not going well. He wrote:-

… I became very depressed. I felt that I wasn’t doing real mathematics; I hadn’t published, and I was feeling very guilty because of that.

Things were to change suddenly for Conway. Around 1965 John Leech found a dense packing of spheres in 24 dimensions with a lattice now known as the Leech lattice. Leech knew that the symmetry group would be interesting, and he worked on it for some time giving a lower bound for its order (which later proved to be the actual order of the group). Knowing that he did not have the group theory skills necessary to prove his conjectures he tried to interest others, see [1]:-

I dangled the problem under various noses, including those of Coxeter, Todd, and Graham Higman, but Conway was the first to swallow the bait …

A detailed description of this discovery is given in [1]. This work by Conway was to transform his mathematical career. He showed that the symmetry group G of the Leech lattice, when factored by a central subgroup of order 2, was a previously undiscovered finite simple group of order 8,315,553,613,086,720,000. But G had even more remarkable properties. It had a great number of very interesting subgroups, including two more previously unknown simple groups, as well as groups having as homomorphic images almost all the finite sporadic simple groups known at that time. A finite sporadic simple group is a finite simple group which is not a member of one of the standard infinite families.

Conway announced his discovery in 1968 and published full details in the first volume of the Bulletin of the London Mathematical Society in 1969. It was only after this kick-start to his publishing career that Conway “started doing real mathematics” having received a great boost to his confidence with one of the most remarkable discoveries in the area of mathematics which had the highest profile at that time. I [EFR] cannot vouch for this change in confidence since I did not hear Conway lecture before his discovery of new simple groups. However, I did attend many of his lectures after this discovery and they were brilliant, memorable, and given by a great showman.

He became well known outside the world of mathematics shortly after this with his invention of the Game of Life. John von Neumann had looked for a universal constructor in the 1940. He tried to find a hypothetical machine that could build copies of itself and succeeded when he found a mathematical model for such a machine with complicated rules on a cartesian grid. Conway tried to simplify von Neumann‘s ideas and eventually succeeded [3]:-

… only after the rejection of many patterns, triangular and hexagonal lattices as well as square ones, and of many other laws of birth and death, including the introduction of two and even three sexes. Acres of squared paper were covered, and he and his admiring entourage of graduate students shuffled poker chips, foreign coins, cowrie shells, Go stones or whatever came to hand, until there was a viable balance between life and death.

Conway showed the game to his friend Martin Gardner who described it in the October 1970 column which he wrote in Scientific American. The game became an instant success and Conway became a household name. It has often been claimed that since 1970 more computer time world-wide has been devoted to the Game of Life than any other single activity. Gardner wrote:-

The game made Conway instantly famous, but it also opened up a whole new field of mathematical research, the field of cellular automata.

Also in 1970 Conway was elected to a fellowship at Gonville and Caius College Cambridge and, three years later, he was promoted from lecturer to reader in Pure Mathematics and Mathematical Statistics at Cambridge.

Another topic for which Conway is famous is discovery of surreal numbers, which again dates from around 1970. It always comes as a surprise to people that development of the number systems is still going on. There is a common belief that complex numbers are the end of the road in the development of numbers and Conway’s discovery is the perfect illustration of how even the number systems are part of the continually evolving subject.

Perhaps the surprising fact is that Conway was not trying to develop number systems, but rather was analysing the game of Go. Conway studied the games of two players of Go at Cambridge who were of international standard. He noticed that near the end of a game it appeared like the sum of a lot of smaller games. Analysing the situation Conway discovered that certain games behaved like numbers and surreal numbers were born. The name surreal numbers was not invented by Conway, however, but by Donald Knuth who was so impressed with Conway’s discovery that he wrote Surreal Numbers (1974) in the form of a novelette aimed at introducing the ideas of mathematical research to students.

It is impossible in a short article such as this to look at the full range of topics that Conway has studied or even to give an idea of the remarkable originality of his contributions in so many different areas. Let us mention that, in addition to his innovative contributions to group theory and his creation of surreal numbers mentioned above, he has done leading research in knot theory, number theory, game theory, quadratic forms, coding theory, and tilings.

Conway was awarded the Berwick Prize by the London Mathematical Society in 1971. In March 1981 Conway was elected a fellow of the Royal Society of London. Then, in 1983, he was appointed professor of mathematics at Cambridge. It was around this time that the following picture of Conway was painted by Guy [3]:-

Conway is incredibly untidy. The tables in his room at the Department of Pure Mathematics and Mathematical Statistics in Cambridge are heaped high with papers, books, unanswered letters, notes, models, charts, tables, diagrams, dead cups of coffee and an amazing assortment of bric-à-brac, which has overflowed most of the floor and all of the chairs, so that it is hard to take more than a pace or two into the room and impossible to sit down. If you can reach the blackboard there is a wide range of coloured chalk, but no space to write. His room in College is in a similar state. In spite of his excellent memory he often fails to find the piece of paper with the important result that he discovered some days before, and which is recorded nowhere else.

In 1986 Conway left Cambridge after accepting appointment to the John von Neumann Chair of Mathematics at Princeton in the United States where much of his work has focused on geometry, in particular studying the symmetries of crystal lattices. In 1987 Conway was awarded the Polya Prize of the London Mathematical Society. More recently he was awarded the 1997-98 Frederic Esser Nemmers Prize in Mathematics from Northwestern University. This Prize is awarded to mathematicians who display outstanding achievement in their discipline by making major contributions to new knowledge. He was also awarded the Leroy P Steele Prize for Mathematical Exposition by the American Mathematical Society, 2000, the Joseph Priestley Award from Dickinson College (Carlisle, PA) in 2001, and awarded an Honorary DSc by the University of Liverpool in 2001.

We should mention a few of the books Conway has written, and illustrate their importance and originality with a brief comment from a reviewer.

… this book is a momentous addition to the mathematical literature: a new, exciting, and highly original theory is expounded by its creator in a style that is at once concise, literate, and delightfully whimsical.

The two volumes are crammed to the brim with information, coloured illustrations and examples … To really understand and prove everything in the book, not to mention to attempt solutions of the many questions inspired on every page of the book, will engage many people for many years. … It is likely to remain an eminent leader in this field for many years to come.

The book is a landmark in the literature on sphere packings.

Although no particular mathematical background is required of the reader, nevertheless every reader will easily find something of interest in this delightful tour of the various meanings and extensions of the word “number”. … The book is very “reader friendly”. In fairness to any potential readers having even the least interest in the world around them, the publishers should have been required to post a warning label on the front cover indicating that this book contains extremely addictive material.

This is a beautiful and fascinating book on the geometry and arithmetic of the quaternion algebra and the octonion algebra. … This slim book is most intriguing to read: it is an excellent exposition of very attractive topics, and it contains several new and significant results.

Overall, the book is a treasure trove, full of delights both old and new. Much of it should be accessible for anyone with an undergraduate-level background in mathematics, and is likely to stimulate further interest.

Finally we note that Conway has been married to wife Diana since 2001 and has a son Gareth born 2001. Their home is in Princeton, New Jersey, USA. With previous wives he has sons Oliver born 1988 and Alex born 1983; daughters Susan born 1962, Rose born 1963, Elena born 1965 and Ann-Louise born 1968. He has three grandchildren: John, Ellen and Joseph Wayman. He also has two great-grandchildren.