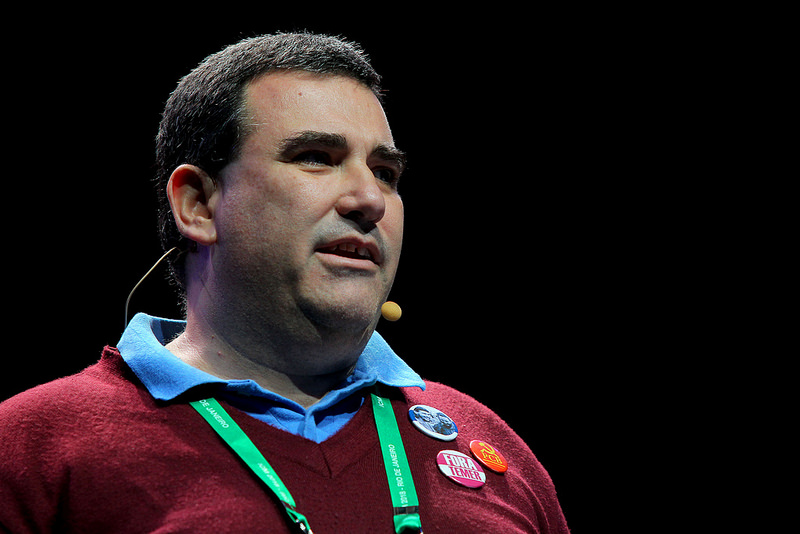 In Carlos Gustavo Moreira’s – more popularly known as ‘Gugu’ – introduction at his plenary lecture on Fractal Geometry, Dynamical Systems and Diophantine Approximations on the third day of ICM 2018, Pierre Arnoux highlighted his passion for samba and the Flamengo football team, but could not leave out his remarkable trajectory from medallist to coordinator of the Brazilian Math Olympiad.

Before Gugu started his plenary lecture on Fractal Geometry, Dynamical Systems, and Diophantine Approximations, he expressed hopes for a more robust democracy in the future. Gugu, one of the bright stars of Brazilian mathematics and an avid Brazilian Communist Party (PCB) supporter, had an early start. At age 11, he could be found running around with a brooch of Marx pinned to his shirt. At 12, he won the Rio de Janeiro city Chess Championship.

Read more: ‘Master of Dreams’ inspires next generation of mathematicians
The Research Conundrum: Write lots of easy papers, or tackle the tough ones
The Shape of Geometry to Come According to Andrei Okounkov

Having developed an early interest in mathematics, Gugu impressively completed his high school degree and master’s degree simultaneously: from the age of 14, after attending high school in the mornings, he would rush off to the prestigious Institute of Pure and Applied Mathematics (IMPA). He completed both just after turning 17.

His research relates diophantine approximations to other areas of mathematics. There’s a fundamental problem which encompasses fractions and real numbers. Irrational numbers – or fractions can approximate all real numbers. Pi is an irrational number that can be approximated by a real number through decimals: 3.14 for example. Since the decimals would go on forever, however, it will never have a perfect real number representation, but it is possible to get close using specific fractions. Some fractions are better than others at finding these approximations, and part of his work shows how to reach these better approximations and relate them to seemingly unrelated areas of mathematics, such as dynamical systems, chaos theory, and fractal geometry. 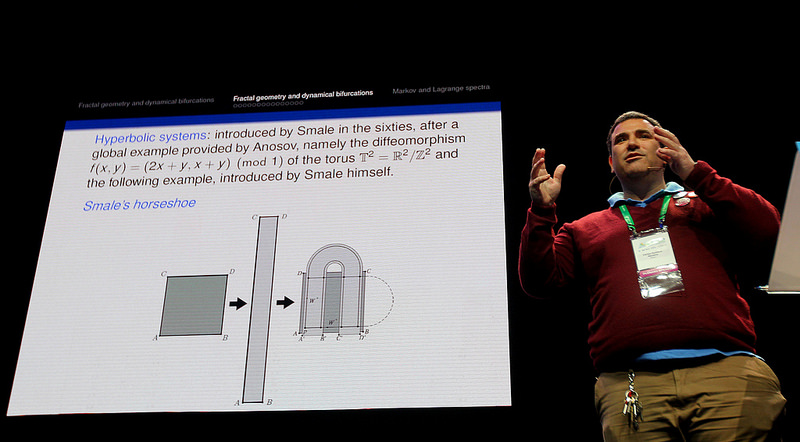 Luckily, his trajectory in mathematics has been more successful than his retired political career, which started and ended with a mere 133 votes for his city council candidacy. “I’m not a very effective candidate,” he jokes.