The XXVI Brazilian School of Probability (XXVI Escola Brasileira de Probabilidade) in honor of Professor Antonio Galves, will be held at São Paulo, during the week July 30 – August 5, 2023.

The EBP is a traditional international event which has been running since 1997 by initiative of the Brazilian probability community. It represents a good opportunity for researchers and students from Brazil and abroad to interact, and has been occurring at very high scientific level, including the participation of some of the best world leaderships.

Over the years, the EBP series has been instrumental in shaping the directions and interests of Brazilian probabilists, and has contributed to the vigorous growth of our area in the country. Strong international participation has been both a major cause and a positive consequence of these developments. The same is true about the continued support EBP has received from funding agencies and major academic institutions in Brazil.

As in previous years, this EBP will consist of five and a half days of minicourses, plenary talks, contributed talks and poster sessions.

For those who want to take a look at what happened in the previous EBPs, please visit the past editions.

With respect to financial support, bear in mind that there are reasons to fear a lesser level of funding from the federal agencies directly to the organizers this year, so we encourage everyone to seek local sources like state research agencies, graduate program support (like PROAP/PROEX), or be prepared to use their personal/group research grants. Interested students and researchers who could not get financial support at their institutions, please contact the organization.

Call for Proposals of “Contributed Talks” 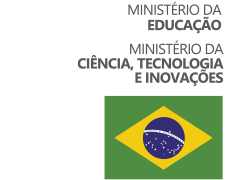