Indigenous Stand at ICM 2018: 'In Guarani We Count to Five' 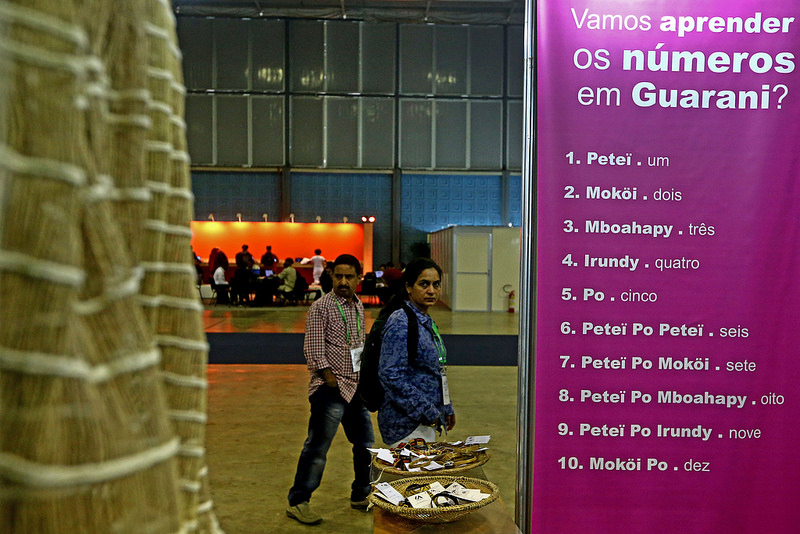 At the Indigenous Museum stand at ICM 2018, Guarani museum representative Alberto Álvares explains how in the Brazilian Guarani language, instead of using ten as a counting measure, they count to five.

There is no technical reason to use any particular counting measure but historically (and perhaps for practical purposes), we have referenced own body. Most languages use ten to reference our ten fingers. The Guarani use five because they reference the fingers on one hand only. ‘Po,’ in fact, doesn’t only mean ‘five’ but also ‘hand.’

Several cultures deviate from the dominant 10-based counting system, especially in the higher numbers. The French switch to a twenty-based system after 70. In Danish, counting after fifty involves multiplying fractions. In the Yoruba language, after 10 you add for digits between 1-4 and subtract for the rest. In a more extreme case, the Oksapmim people of New Guinea use a 27-based system based on 27 different body parts. An association from the United States of America called The Dozenal Society advocates for a 12-based counting system.

Álvares explains that to figure out how to say 100 in Guarani, he’d have to do some calculating.