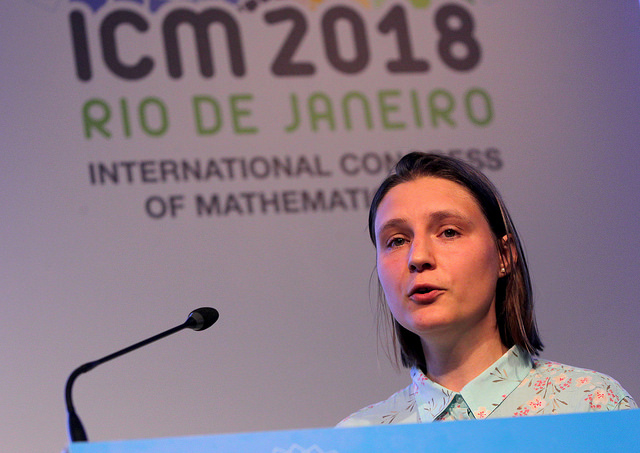 Armed with a sharp mind and sense of humor, Ukrainian Maryna Viazovska can’t recall an exact eureka moment in her solution to the centuries-old sphere packing problem in dimension eight, and soon after, dimension 24. It was a gradual process. “Of course, I get excited about lots of new ideas, but it takes time to work them out,” she grins, “Lots of my great ideas don’t go anywhere.”

It all started in 1811 when German mathematician Johannes Kepler put forth a conjecture about the optimal density of spheres in a given space. The basic idea is simple. Imagine a box full of oranges. What is the most efficient way to arrange them? Despite the perceived simplicity, it was only in 1998 that American Thomas Hales proved the conjecture – thus consolidating it as a theorem.

Now, a box of oranges is easy enough to understand, but you might be asking yourself what in the world an orange with eight dimensions might look (or taste) like. A sphere is a figure where every point is equidistant from its center, and this remains the case no matter how many dimensions you’re looking at. To solve this problem in the eighth and 24th dimensions, mathematicians needed to find an auxiliary function. Until Viazovska’s breakthrough, no one had managed to figure it out. “We couldn’t find this magic function,” she recalls. Her solution was elegantly simple and published in a 22-page paper. 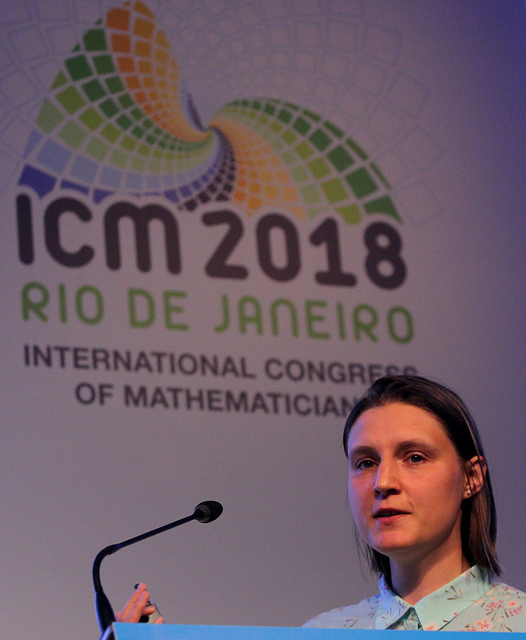 Her work has the potential to echo in several other fields including energy minimization, free interpolation formulas, and signal processing, although admittedly, she isn’t sure where else it might go. “I’m a theoretical mathematician, so I don’t know that much about practical problems,” she jokes.

Next, Maryna Viazovska hopes for an even bigger breakthrough and has her eye on the 2022 Fields Medal: “I’m 33, so I have one more chance.” Solving a mathematical problem that has been around for centuries is no small feat, but the Ukrainian mathematician has even higher ambitions. “The most incredible results come from ideas about problems that no one has had before. Questions that no one had even thought to ask, ” she says, “so I would hope to do something like that. I can’t tell you much about it, because I haven’t thought of it yet.”