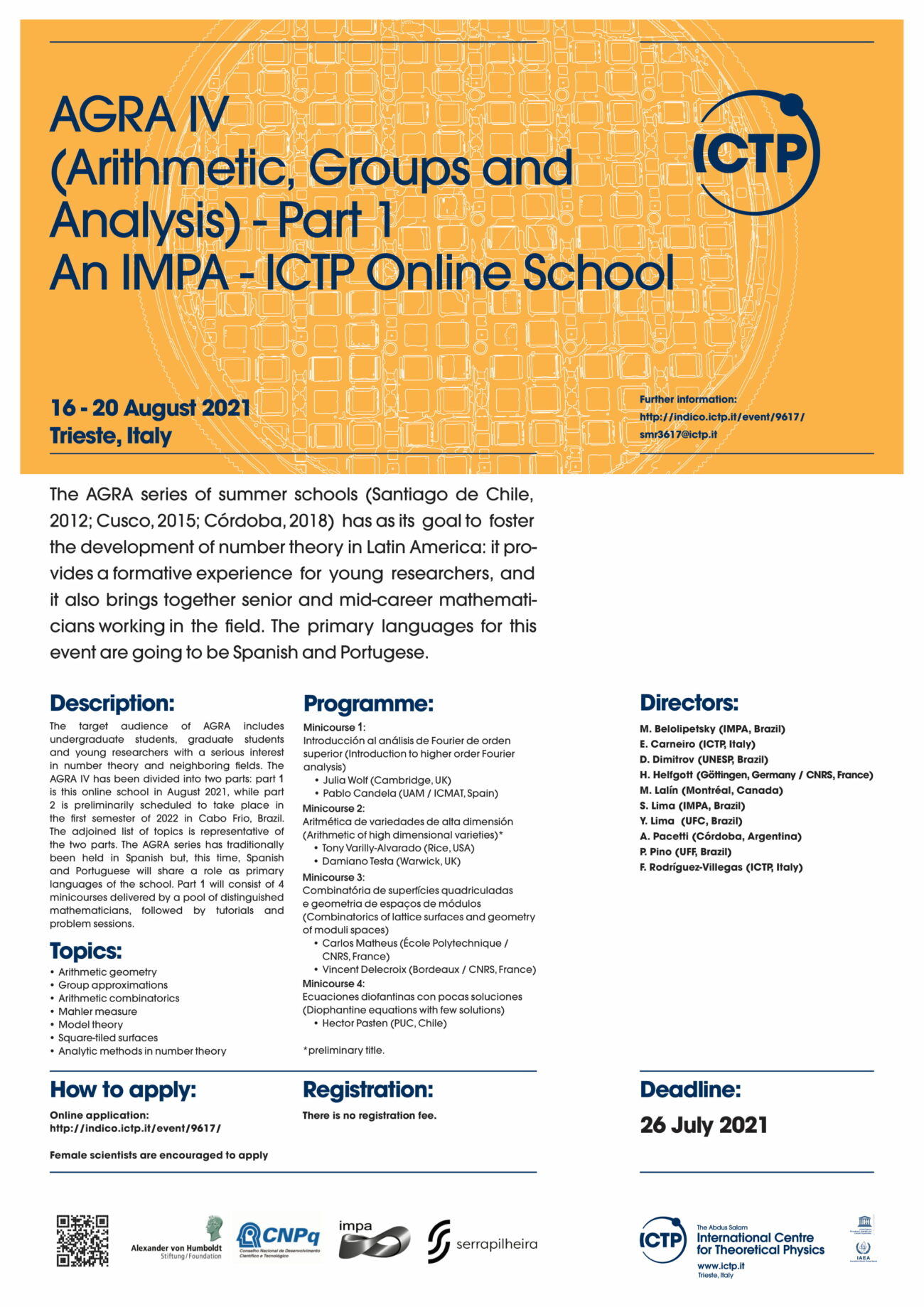 The AGRA series of summer schools (Santiago de Chile, 2012; Cusco, 2015; Córdoba, 2018) has as its goal to foster the development of number theory in Latin America: it provides a formative experience for young researchers, and it also helps bring together more senior or mid-career mathematicians who care about the future of the discipline in the region.

AGRA has kept evolving and growing. Many students have kept their involvement in the area and the school, and in some cases are now assisting in organizing its newer installments. It is important to continue with the series to sustain and enhance the growth of an area that is central to mathematics as a whole. The target audience at the school includes undergraduate students, graduate students and young researchers with a serious interest in number theory and adjoining fields. The school series is always open to people in the region working in other areas of mathematics who wish to move in the general direction of number theory.

The AGRA series has traditionally been held in Spanish. This time, as Brazil is our host, Spanish and Portuguese will share a role as primary languages of the school. As always, all accents are welcome, as are the contributions of non-native speakers who come from elsewhere to attend or lecture. 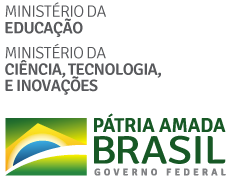