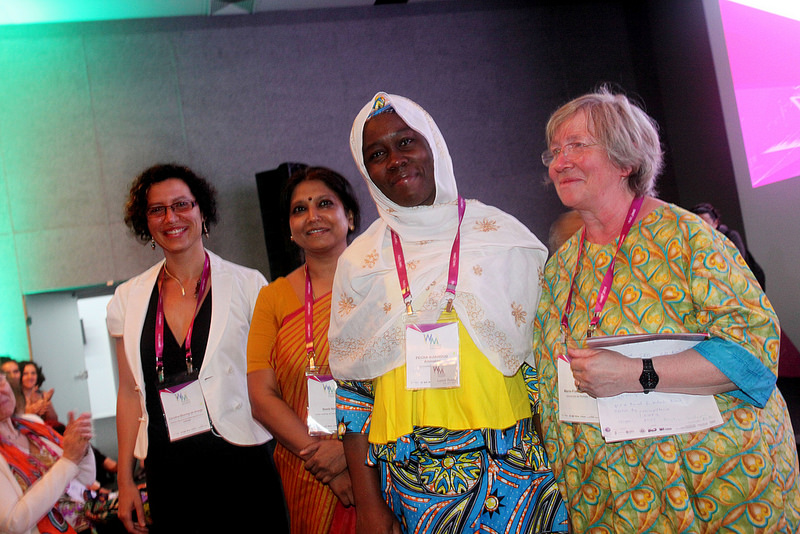 It is possible to hear at least five different languages as hundreds of top mathematicians fleet into the inaugural event of the World Meeting for Women in Mathematics – cleverly abbreviated to (WM)² – and gradually take their seats. For the first time, a meeting exclusively focussed on women in mathematics takes place, as a satellite event to the 2018 ICM. The (WM)² celebrates seminal research by women in various realms of mathematics and discusses the gender issues and difficulties faced. Marie-Françoise Roy, a renowned French mathematician, is the first to take the stage: “It is the first time that we have this meeting,” she says, “With women from more than 50 countries.”

Marcelo Viana, director of the Brazilian Institute for Pure and Applied Mathematics (IMPA), next highlights the importance of diversity in mathematics, “We are happy to be organizing the ICM 2018, but we are even more proud to organize the first meeting for women in mathematics,” said Viana, “Mathematical quality is an important parameter, but there should be attention paid to diversity as well.”

Following the opening speeches, the film “Journeys of Women in Mathematics,” is screened, showing the difficulties and triumphs of three women mathematicians from three different continents: Indian Neela Nataraj, Cameroonian Amenatou Pecha Njiahouo, and Brazilian Carolina Araujo. Nataraj highlights the challenges of juggling motherhood and academia but states that the experience only made her more resilient. Where parenthood is a significant hurdle for women in mathematics, fatherhood is rarely an obstacle for their male counterparts.

The only woman to teach mathematics at her institution, Njiahouo – from the University of Maroua – set up an association to encourage women’s pursuit of mathematics after noticing how many female students complete a bachelor’s degree, but do not pursue their studies beyond that. She is fighting to transform this scenario, but recognizes that it is not easy: “You must be very brave to be a woman. You have to fight to get a seat. We are mothers, we are workers, and we are researchers. It’s not easy to do it all.” From of the host city of the event, Araujo, a specialist in Algebraic Geometry and a full professor at IMPA, states that 25% of researchers are women, but are rare in the top tier of mathematics. “By excluding girls and women from mathematics, we are losing talents. Brains that could be contributing to science,” she said.

At the end of the film, the three stars of the documentary stood up and received a standing ovation from the enthusiastic audience. Zingiswa Mybert Monica Jojo, a specialist in Geometry and Education from the University of South Africa attending the event leans over to say, “This event means a lot to me. It exposes me to the issues that mathematicians are facing in the world.”